Children can pick up a free healthy packed lunch from #Greenwich libraries and leisure centres during the May half-term, excluding the bank holidays. There's no need to register beforehand, just come along. Locations and serving times at https://t.co/yODJSl35al https://t.co/mf7naxlcZT

This week our primary #basketball team competed in the 3v3 Bexley borough finals with the winners representing Bexley at @LdnYouthGames. The team performed excellently to win the event with scores of 8-0, 16-0 and 8-0 in the final. @BexleySchGames @CoachGreenPE #WeAreHGA https://t.co/Q9ZyZiGz5X

Students celebrate their success in the @BrilliantClub Scholars Programme, with a graduation ceremony at SOAS University of London. They studied peace, conflict & gender with a PhD scholar and wrote 1500-word essays. We are very proud of our scholars! https://t.co/MXb09flSML https://t.co/sbEGwdXhxb

Harris Garrard's Tag rugby team participated in their second mini-league event. They performed excellently winning 7-3 and 5-1, and we look forward to the final event in a few weeks time @BexSchGames https://t.co/qZH9MGyDCI

Harris Garrard's girls #TagRugby rugby team competed in @DartfordiansRFC Kent schools' tournament recently. They were fantastic, making it all the way to the final. It was great to see over 100 primary school girls engaging in tag #rugby. Well done team! https://t.co/604C3oIxaW https://t.co/uInmW6vSMN

"Something wicked this way comes..." Today, our Year 11s were treated to a trip to The Globe to see a performance of their GCSE English Literature text, Shakespeare's Macbeth! #LearningChangesLives #WeAreHGA https://t.co/8HvFI7zprG

Our Year 1 & 2s really enjoyed taking part in the @fcwelling football festival. The teams had great fun, scoring lots of goals and using teamwork. Thank you to @1billycarter for organising and we look forward to their next event! https://t.co/mBOIcXoXSI

Today, Year 8 supported by the humanities department, enjoyed a day on the Thames, taking in London’s most famous landmarks. Staff and students enjoyed playing guess the landmark and waving to tourists. https://t.co/3l3kmbA5B9

Year 9 A-Side are enjoying the sunshine and learning about plants at RHS Wisley for their 4th Character Day of the year! #WeAreHGA #LearningChangesLives https://t.co/1doMnUQ0HI

Our Easter Holiday 'Listening Ear' drop-in sessions are for all HGA parents and students (primary, secondary and Sixth Form). Come along on Weds 6th April (9am-1pm) and Weds 13th April (9am-1pm) if you fancy a chat with our staff or need some support. We'd love to see you. https://t.co/OzvQFwWkwM

Last Friday, we were visited by a very special member of the community, Abena Oppong-Asare, our local MP and Shadow Exchequer Secretary to the Treasury. "She shared her journey into politics with us and was truly an inspiration," said Head Student, Daniella. https://t.co/qiBHvsquUX

Year 12 students making the most of the sun, and their dedicated outside area, during their mindfulness hour last Friday. https://t.co/ukoe04wjLM

Harris Garrard had their first tag rugby mini-tournament this week. They put their learning from our PE lessons to good use winning both games, 5-2 and 4-2. Everyone had great fun and we look forward to the next one! https://t.co/b3AVIkaxMW

Last week our boys played a cup fixture against Fairford Academy. After a great match in wet conditions, we came out on top winning 5-2. Harris Garrard now progresses to play Danson Primary in the semi-finals. https://t.co/O73EvP5LkJ

In February, a group of our sixth formers embarked on a three-day trip to Rome for the annual Harris Garrard Academy sixth form international trip.

The entire city of Rome is an UNESCO site with one of the highest concentrations of art and historic monuments anywhere in the world. It made for an awe-inspiring trip.

We spent the day touring Vatican City. The students developed a greater understanding of the religious centre of the Roman Catholic faith and admired the stunning architecture of St. Peter’s Basilica. 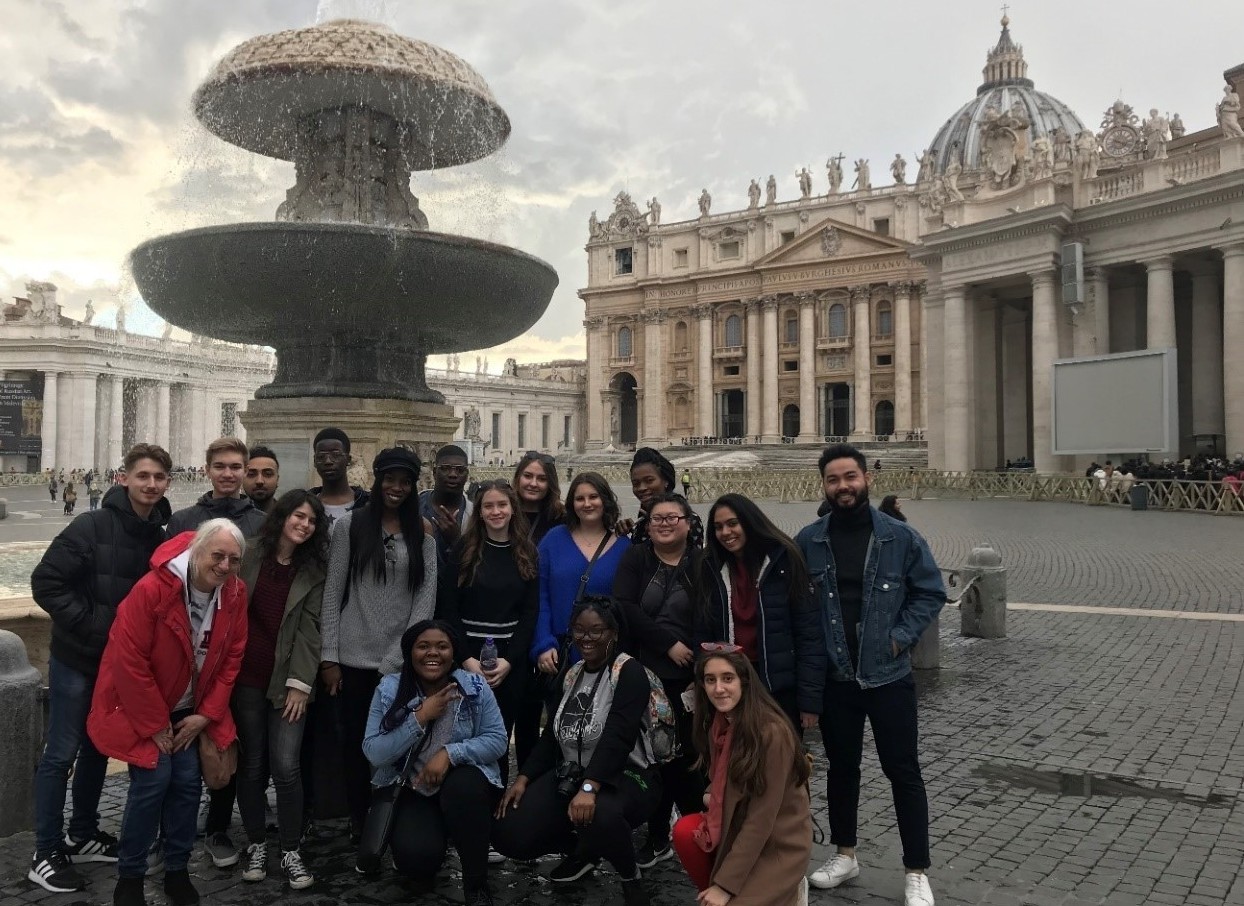 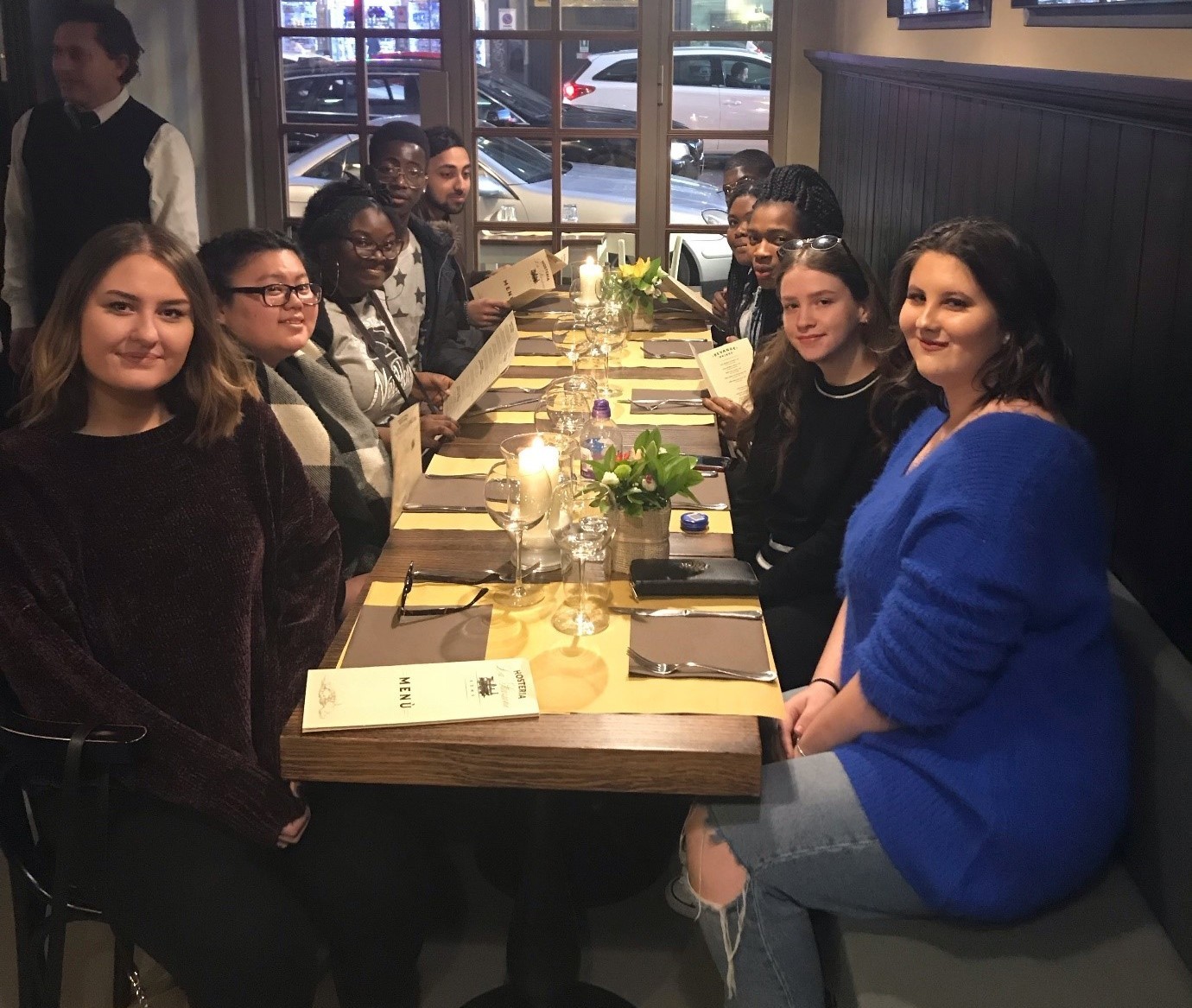 On the second day of the trip, we took in the famous sites of Rome. From the Colosseum, they the headed to ‘gelataria’ to try some Italian ice cream (gelato), which received unanimous group approval. 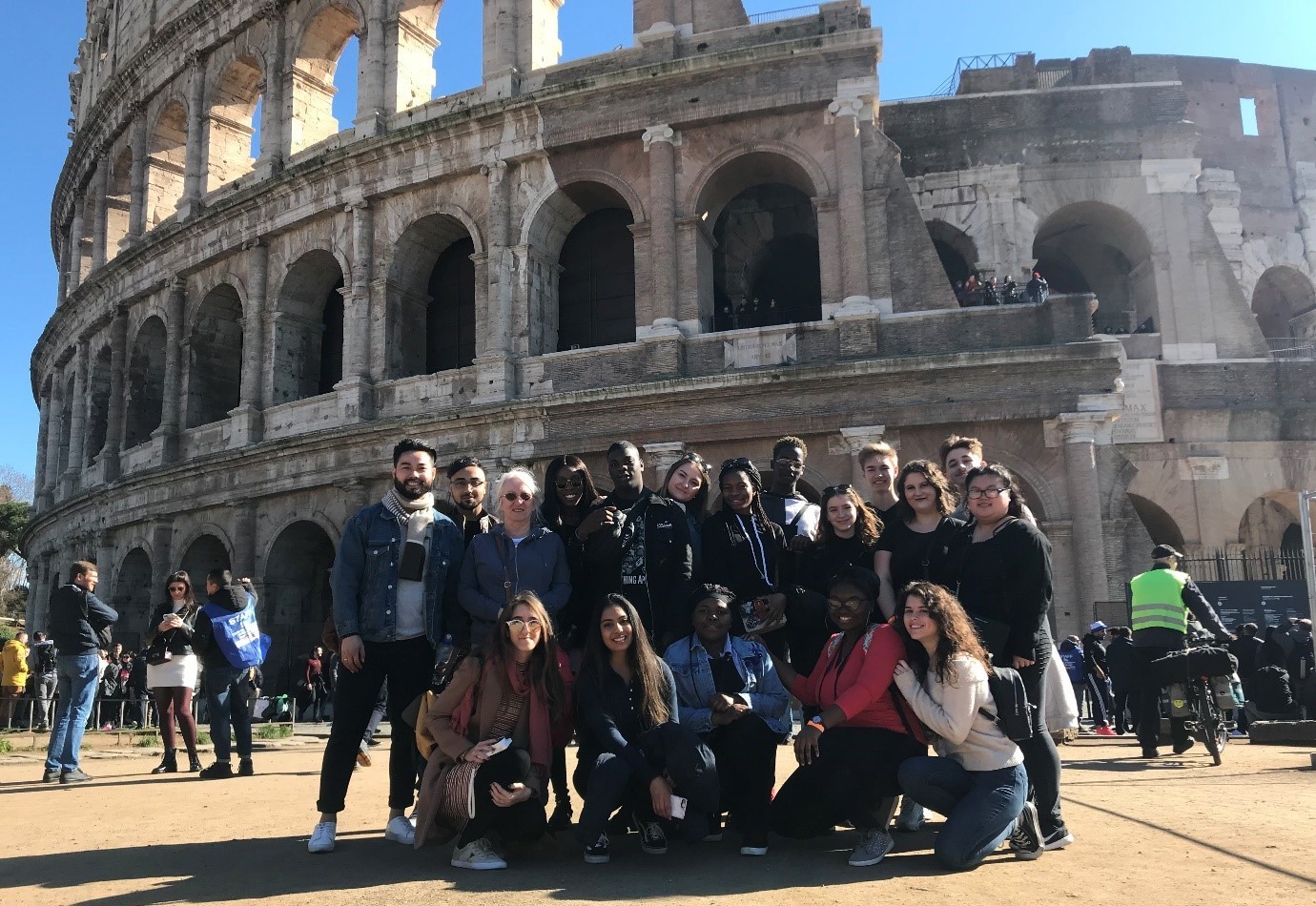 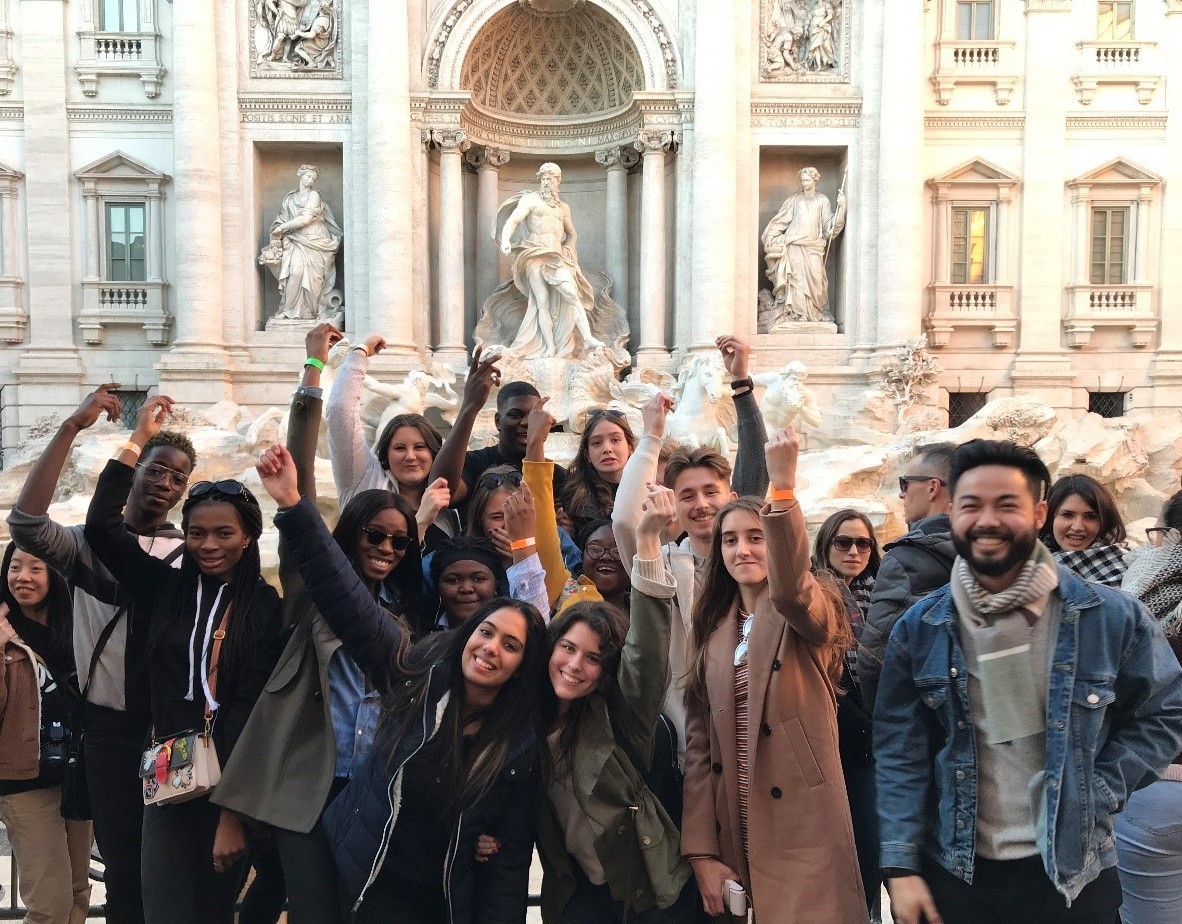 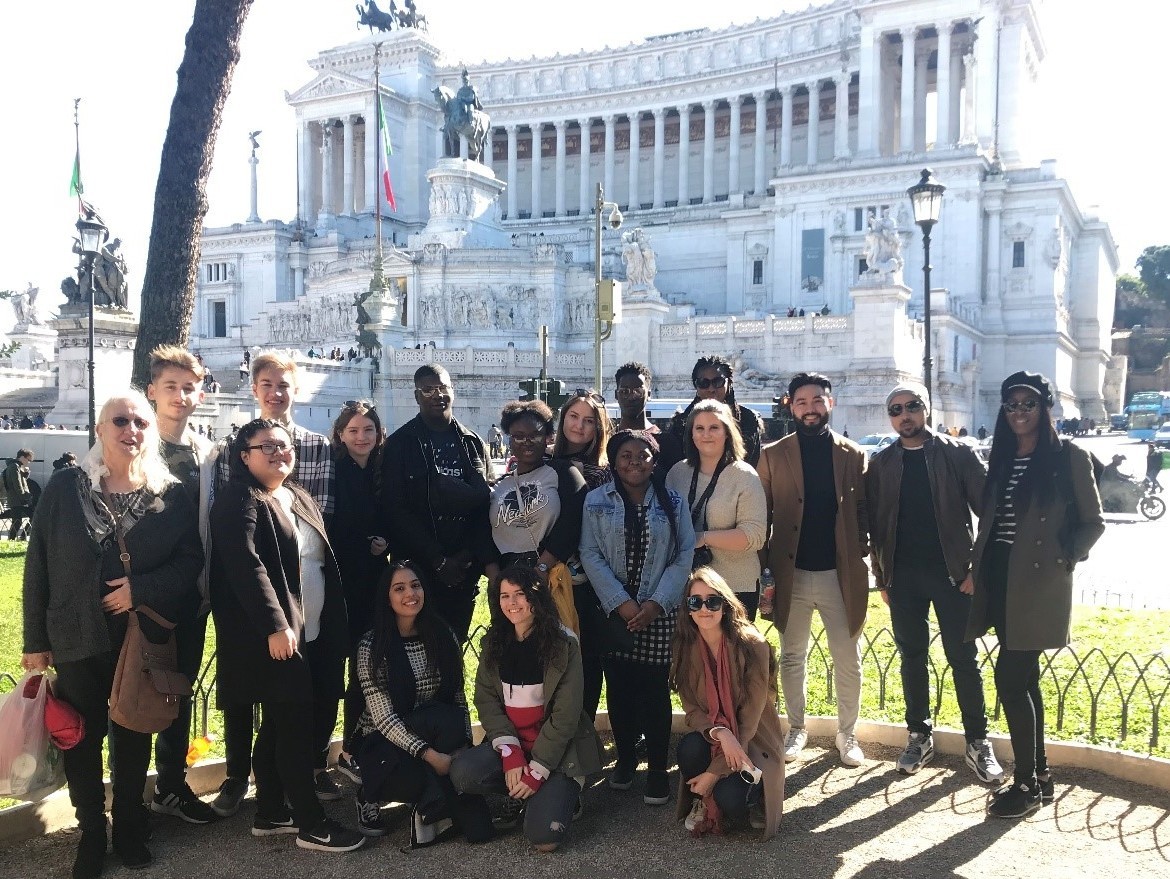 On the final day, we explored the Jewish District with a history dating as far back as 1555. They learnt how far-reaching the Nazi regime's beliefs had been. We explored the lives of Jewish families that had been taken to Auschwitz from their homes in the roman Jewish ghetto. To commemorate the Roman Jewish victims, many cities in Europe have placed gold plaques to ensure they are never forgotten. 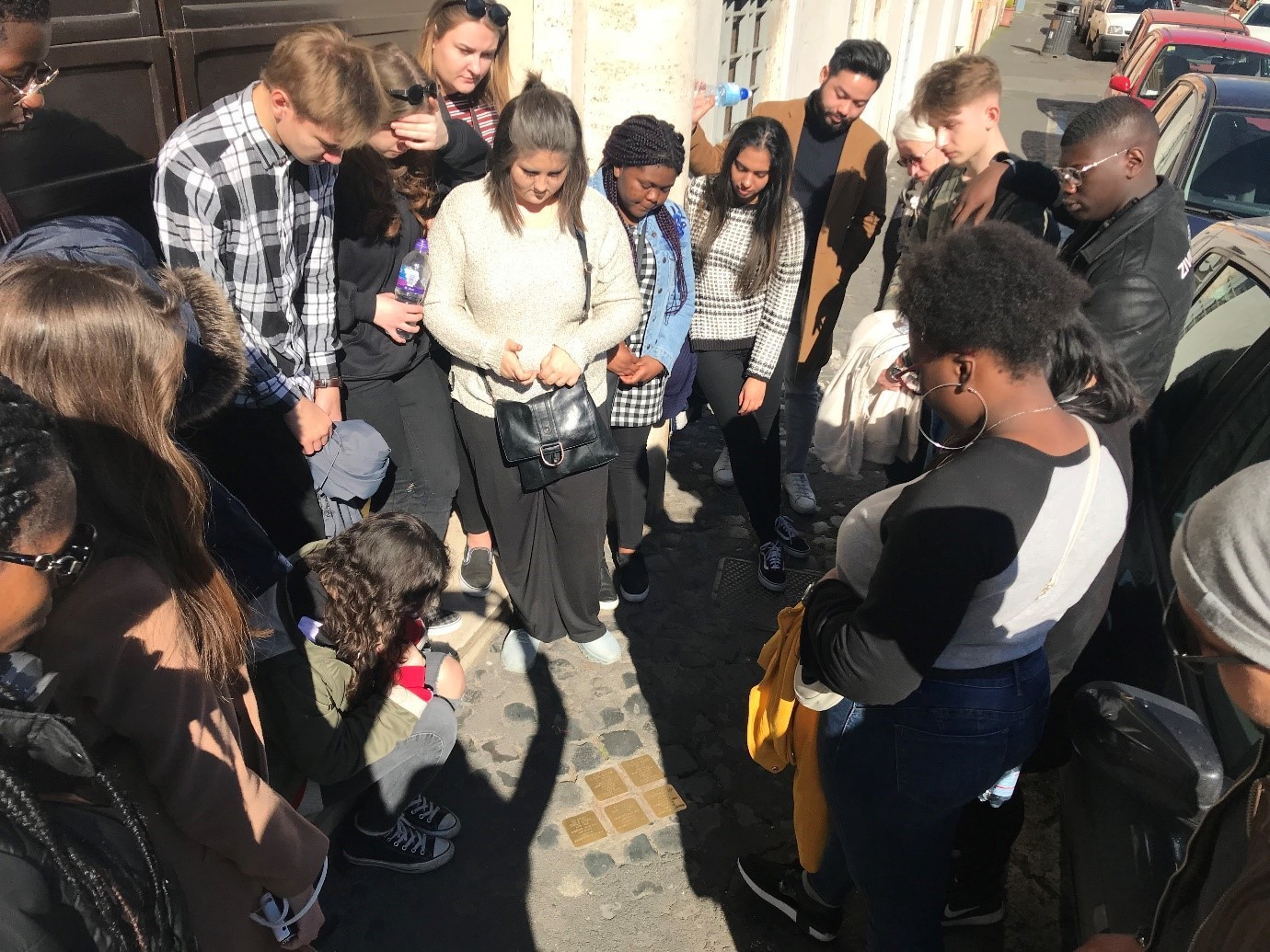 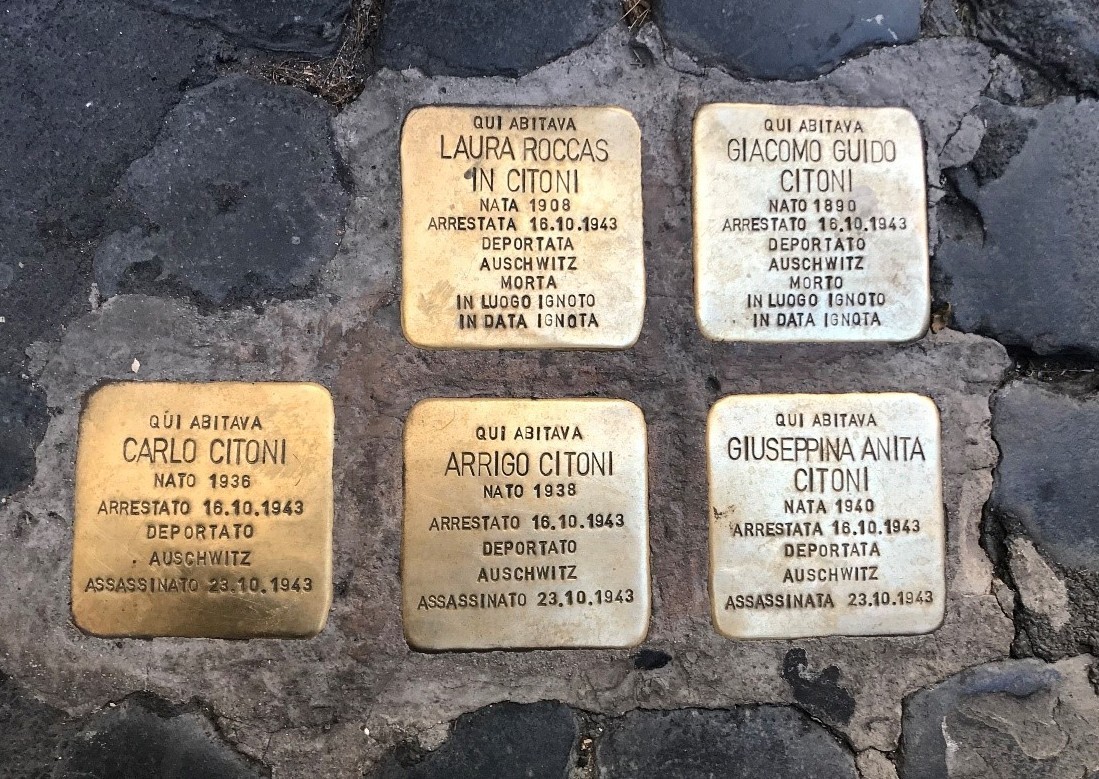 Before heading to the airport for their flight home, the students took in some art by touring an exhibit entitled ‘Inclusion’ which they found fascinating. 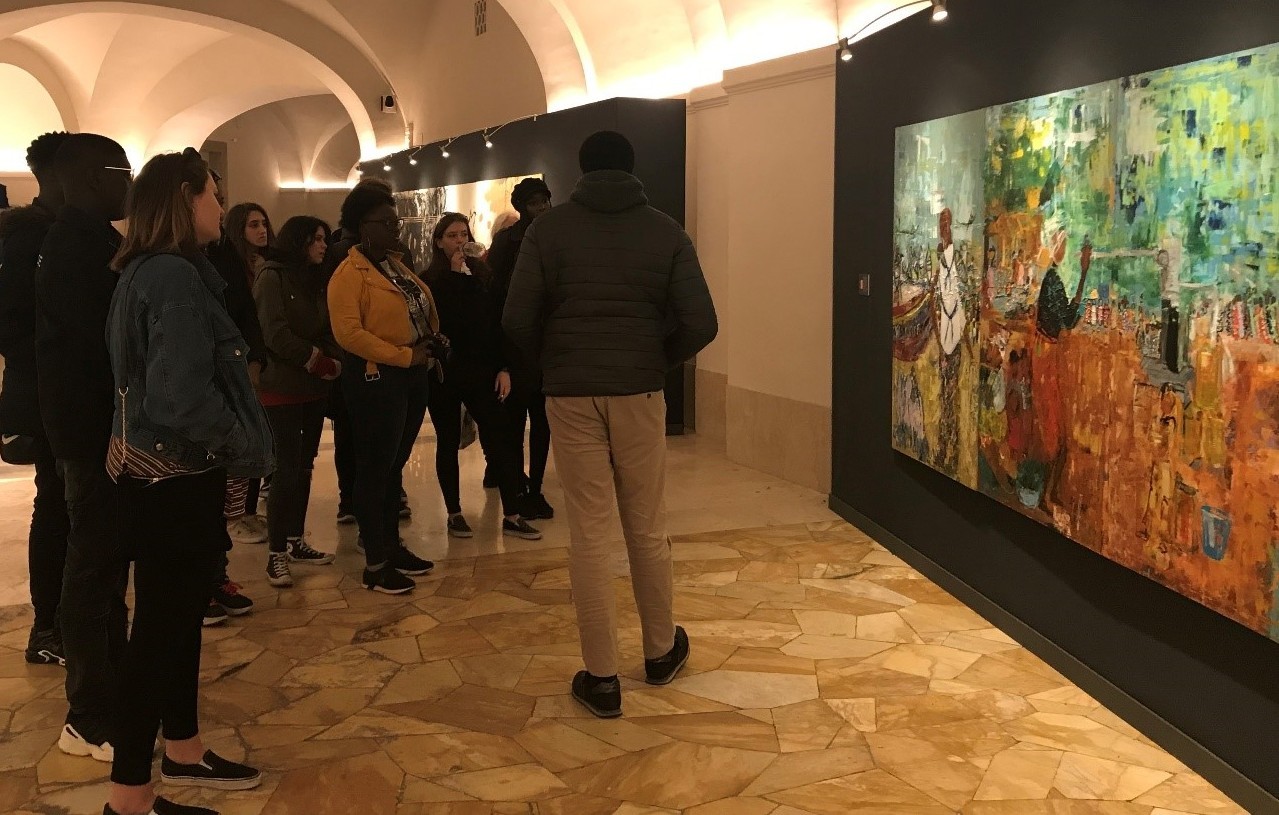 Our annual international trip is an integral part of our Sixth Form offer. We teach our students about the importance of developing a global perspective and widening their horizons. Our trip is designed to develop independence, confidence and greater understanding of the wider international community.

When asked to reflect on the trip, the students said: