Year 7’s long walk back to the academy from Lesnes Abbey #weareHGA https://t.co/Aa3Hp9aJv6

Two of our Year 7 students found a display they made in primary school at Greenwich Maritime! #WeAreHGA #LearningChangesLives https://t.co/PamO07Va56

Future Sea Captains from Year 7 trying out their skills in the ship simulator at the National Maritime Museum #LearningChangesLives #WeAreHGA https://t.co/gVmqAfasQT

One of our Year 7 students preparing to set sail on our Character and Mindfulness Day trip to Greenwich Maritime - Cutty Sark #weareHGA #LearningChangesLives https://t.co/CAlhzLsj5V

Our Year 9 students exploring Space and Flight at the Science Museum for Character and Mindfulness Day #LearningChangesLives #WeAreHGA https://t.co/1J4UEG390C

Aspiring lawyer Qesser, Year 12, exploring the purpose-built court during a visit to the Univeristy of Kent today. https://t.co/OAu2zEf32D

Some of our Year 9 coding projects for our third Character and Mindfulness Day #weareHGA https://t.co/by7FmT2j2N

Congratulations to siblings Robiat and Muhammad for both reaching Reward Level 2 - an achievement to be proud of! We pride ourselves on all the academic and social successes of our students – and these siblings embody both. #WeAreHGA #LearningChangesLives https://t.co/TFaI0EjD1u

Important information about the start of term for our secondary students, including #CovidTesting arrangements. Full details at https://t.co/jXH1lSOY4R https://t.co/lprnu70gJm

Our head student, Daniella, and Ola (head student of the future??!) sell candy canes to raise money for the ocean conservation charity, @TeamSeas, (and some pizza for their Christmas party) #WeAreHGA #LearningChangesLives https://t.co/W6aduMZDYK

Amazing turnout for Year 7 and 8 girls football today. Lots of talent on show and some unbelievable moments! It was great to see everyone playing with a smile, while still being very competitive. Congratulations to Enterprise and Creative Voice who came out on top. #WeAreHGA

Good turnout today for the Year 7 & 8 Boys' inter-hub competition. There was lots of intense games and quality on show today. Congratulations to Enterprise who came out on top today! #WeAreHGA #LearningChangesLives

At HGA, A-Level English Literature students study this eponymous revenge tragedy as part of Paper 2 (Drama), and the opportunity to see the play performed live helped them to bring their study and analysis of its characters and themes to life.

The production starred Cush Jumbo who delivered a captivating performance as the ever-tortured and indecisive Hamlet, and students were surprised to find Jumbo’s portrayal of this character hilariously funny and lively. 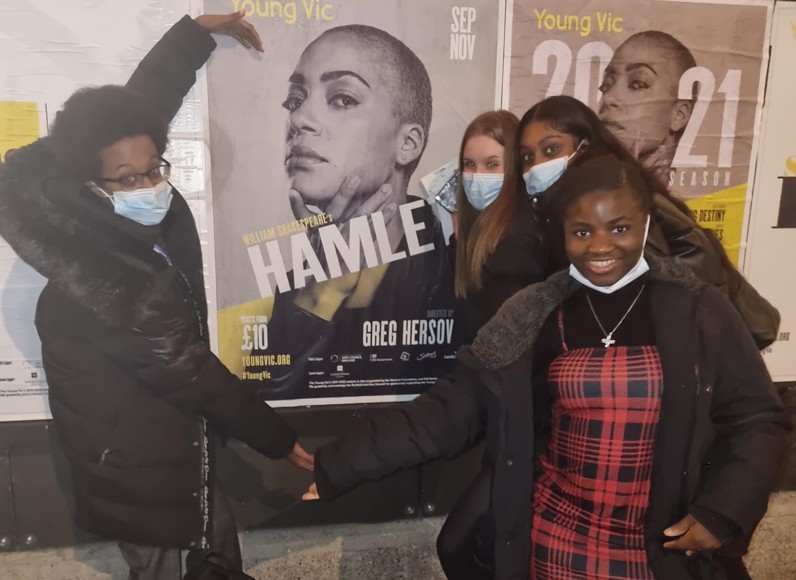 Students were treated to free ice-cream in the interval, and went on to witness famous actors such as Joseph Marcell (from 90s sitcom The Fresh Prince of Bel Air) as Polonius and Adrian Dunbar (from BBC Drama Line of Duty) as King Claudius.

Students left the theatre feeling empowered to write about the play in their upcoming mocks; one student commented that “seeing the actors bring the characters to life gave me a much more nuanced understanding of the relationships in the play.”

Thank you Young Vic for an excellent evening, and to Year 12 and 13 for being model representatives of Harris Garrard Academy!

Seeing the actors bring the characters to life gave me a much more nuanced understanding of the relationships in the play." Sixth Form student