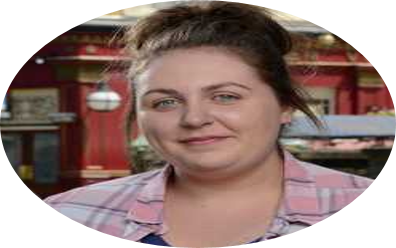 EastEnders actress Clair Norris (pictured) gave up time from her busy schedule filming to officially open and cut the ribbon for our new Careers and Innovation Cube.

Clair, a former student from our school who now plays Bernadette Taylor in EastEnders, is excited to be working with HGA careers team and our pupils as part of our new alumni team.

Clair spoke to some of tutor reps about her Post 16 choice to study a Higher National Certificate (HNC) at Miskin Theatre School at North Kent College and the auditions she went through before being given role of Bernadette. “I didn’t think in a million years my first TV role would be in EastEnders," said Clair.

Clair also popped into to see our Drama students. Emily asked her how the process of auditions worked and Clair explained that she had to do improvisation, read from a script and see how she worked with the other characters in her EastEnders family.

Clair cuts the ribbon on our new Careers and Innovation Cube. 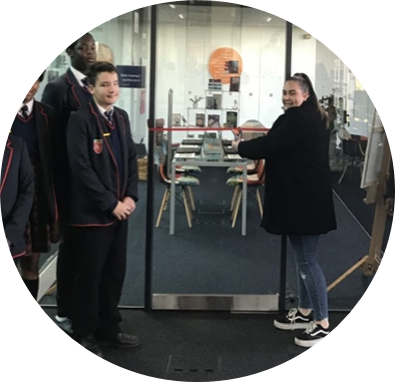 Our new Career and Innovation Cube 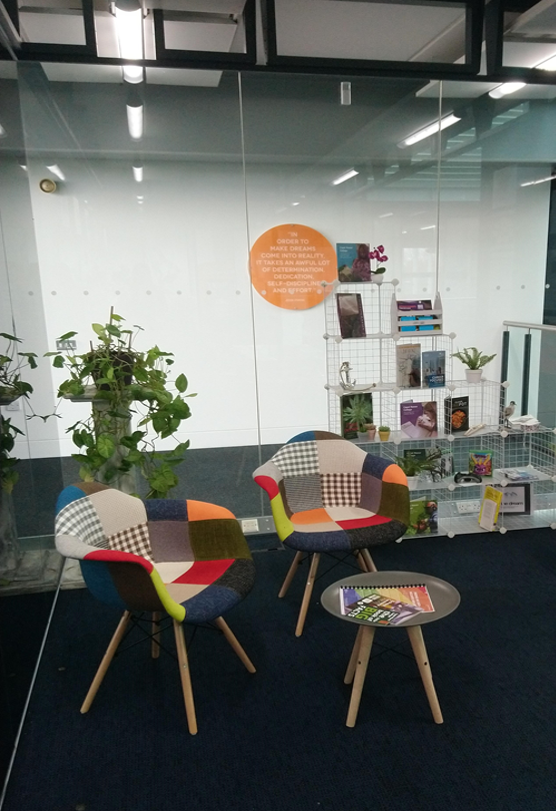 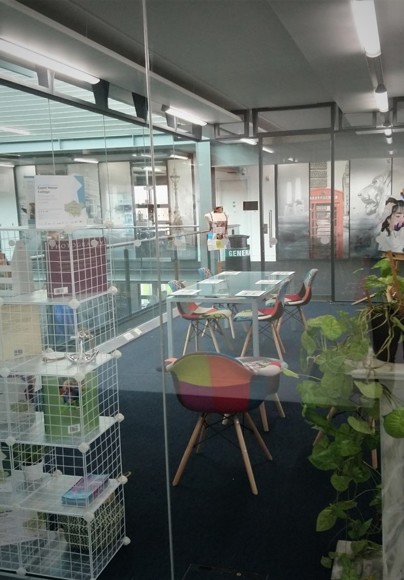 Gozie, Tutor Rep for Enterprise, presents Clair with a box of flowers to say thank you. 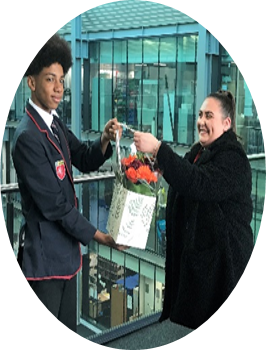 A big thank you to Clair from everyone at her former school!