Congratulations to former Harris Garrard Academy student Taiwo Owatemi, who was elected MP for Coventry North West in the general election on 12 December 2019.

Taiwo was at the school when it was the Business Academy and took part in a placement with the Cabinet Office. "In my late teens, I was incredibly fortunate to be selected onto a scheme run by the Social Mobility Foundation, that placed me as an intern in the Houses of Parliament," she writes. 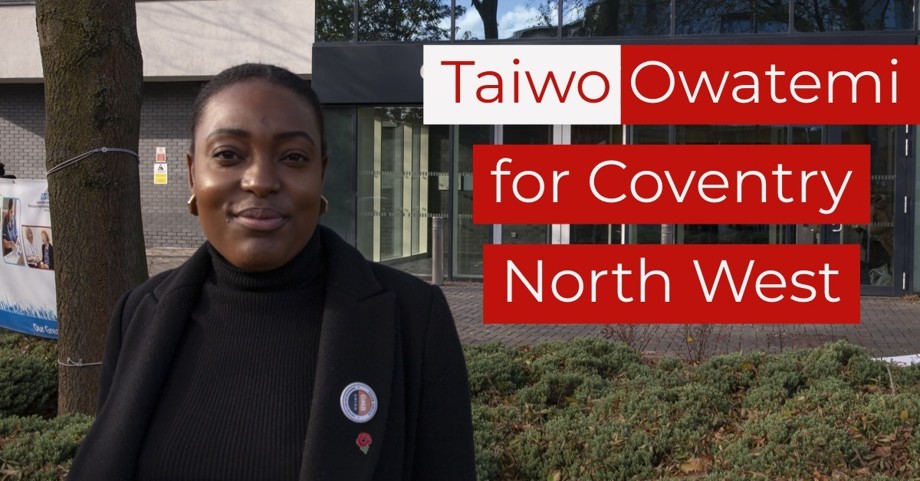 "That experience really got me thinking about how politics affects the lives of everyone in Britain," she adds. After interning at Parliament, Taiwo studied for a science degree at university and before becoming an MP was a Senior Oncology Pharmacist in the NHS, specialising in cancer and palliative care.

We wish her every success in her important new role.