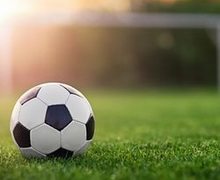 After a long drive that must have sent the Year 8 boys to sleep we finally arrived at Beckenham for a quater final Harris Cup clash. The boys looked ready, but from the off showed they were not. They were way off the pace and standard that they have set in previous matches.

After 15 minutes the game was level with both teams battling hard. A Beckenham attack saw them win a corner that was converted. Garrard 1-0 down. With both teams still fighting hard, a ball over the top from Garrard saw a HGA pupil fake a shot and leave the defender stuck. A left footed missile saw Garrard draw level.

After a strong half time team talk, the boys came out like a pack of hunting dogs! Beckenham did not have a chance. But with 15 minutes remaining, Beckenham took a punt into the wind. With grass and mud splashing into our goalkeeper's eyes, which must have blinded him for a moment, the ball trickled passed and into our net.

With minutes remaining Garrard continued the pressure, still believing there was one more chance. With seconds left Garrard needed a miracle. That miracle came when a HGA player sent the ball flying into the back of the net with the last kick of the game! The boys went ballistic. Their hard work had paid off.

Penalties it was. After being on the back foot for the whole of the second half it was up to Beckenham to go first. The penalties were fantastic with our goalkeeper almost saving two. The fourth penalty was Beckenhams and they missed, blazing the ball over the bar. The pressure was on. The winning penalty was scored by our newest HGA player. We won! And Garrard are into the Semi-Finals.