Amazing turnout for Year 7 and 8 girls football today. Lots of talent on show and some unbelievable moments! It was great to see everyone playing with a smile, while still being very competitive. Congratulations to Enterprise and Creative Voice who came out on top. #WeAreHGA

Good turnout today for the Year 7 & 8 Boys' inter-hub competition. There was lots of intense games and quality on show today. Congratulations to Enterprise who came out on top today! #WeAreHGA #LearningChangesLives

Each Friday our Sixth Form students spend an hour learning about mindfulness strategies. On Friday they took some time out to colour, read and listen to music. Sometimes 'stillness' is hard to come by, but our students know how important it is. #LearningChangesLives #WeAreHGA https://t.co/e8kqNe6s8V

Don't miss our Sixth Form Open Evening this Thursday 11th Nov 5-7pm. Meet our students and teachers and find out what our Sixth Form has to offer. No need to register - just come along! https://t.co/2KAdqHEiiU

Students attended a star-studded ceremony at the Barbican on Fri, hosted by TV presenter, Paralympian and climate activist, Ade Adepitan MBE. They were recognised for the work they did in planting 500 trees to launch the Climate Kick Start Campaign. https://t.co/QcxZ5HBLQa https://t.co/Sw86OncVZn

Our students are very proud to have been part of this. https://t.co/xps4Q5CIcZ

Delighted and proud to be involved in this! https://t.co/pWJIzHSpxg

Come to our Sixth Form Open Evening next week, Thurs 11th Nov, 5-7pm - no need to register. We look forward to showing you around! https://t.co/2KAdqHEiiU https://t.co/zqKI9WV1YD

Come to our Sixth Form Open Evening. Thursday 11th November, 5-7pm - no need to register. It has never been easier to apply for Harris Garrard Academy's Sixth Form, thanks to our new online application form. Find out more at https://t.co/2KAdqHEiiU

Come to our 'Listening Ear' drop-in sessions, open to all families and students (primary, secondary and Sixth Form) on Wednesdays (9am to 1pm) during the holiday. It means we're OPEN during the break if you need to speak to someone. Details at https://t.co/6OzPjTl9L4 https://t.co/L0KRv2vTvU

Thank you to @bold_voices for excellent sessions on sexual harassment and gender-based violence at our Sixth Form yesterday. "A lot of teens do not acknowledge their actions, or the words they use, and the effects that these might have." Lydia, Year 12 https://t.co/NMwgA0ynfs https://t.co/RyGQ65R9M1

@EdibleBusStop We loved having you, thank you very much!

Our Sixth Form students are off-timetable today engaging in workshops around sexual harassment and gender-based violence.

The sessions were run with Bold Voices, a group founded in 2018 to deliver education on gender inequality and gender-based violence to schools, universities, and businesses in the UK and nationally.

Universities across the UK are facing an epidemic of sexual harassment, sexual assault and gender-based violence. The talk received by students today provided them with essential knowledge about what these issues are and why they are so prevalent within UK universities. 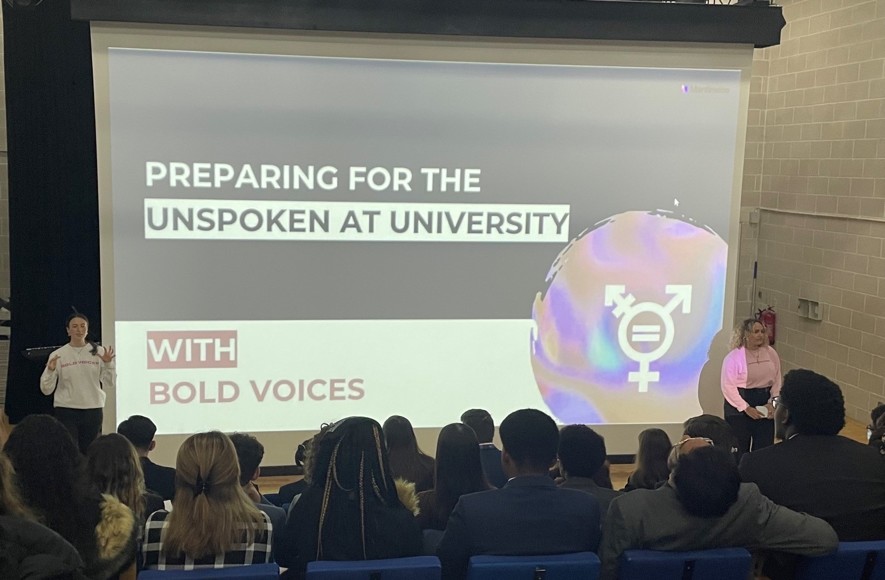 Students then worked in small groups building a visual picture of this culture - mapping how different forms of gender inequality (such as gender stereotypes, language, attitudes towards women and girls) are related to each other and gender-based violence.

The end of the workshop focussed on disrupting this culture, giving students a chance to see how others have successfully disrupted it and committing to their own actions for disrupting it within their own lives and as a peer group.

In her reflection of the day, Lydia, in Year 12, an aspiring doctor said: "A lot of teens do not acknowledge their actions, or the words they use, and the effects that these might have. Some will see harassing language as a 'joke', but these build up, and eventually get us to the top of the pyramid (a model used by Bold Voices today to show us how sexual harassments escalates). It's better to stop the jokes in the first place."

Bold Voices said: "The students at Harris Garrard Academy were a pleasure to work with. Their ability to reflect on their own actions and the actions of others when equipped with the knowledge and education around cultures of gender-based violence was incredibly encouraging to see. It is clear that a culture of challenge, agency and responsibility is one that the students and staff are striving for and we are proud that Bold Voices could play a role in this journey. We look forward to working with Harris Garrard again soon and would love to hear about any future projects that the students carry out in a continued effort to challenge and disrupt gender inequality at school." 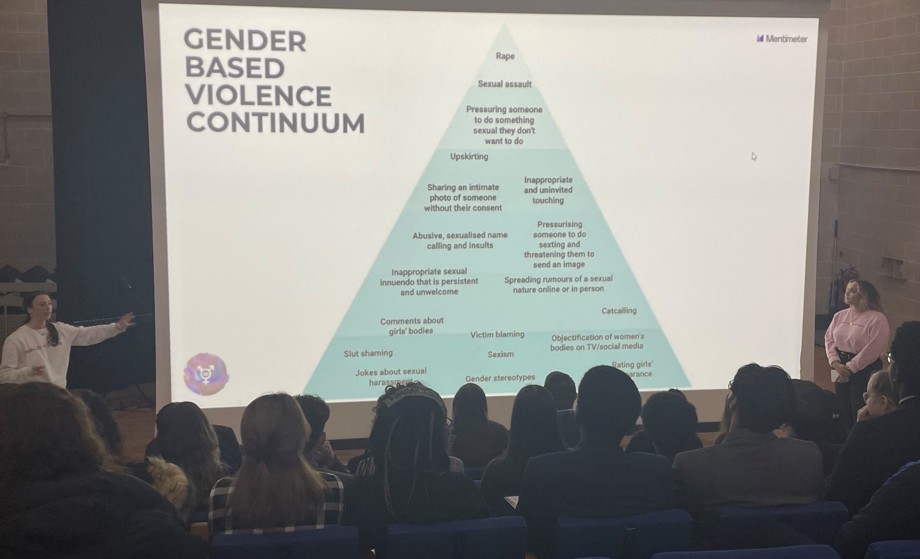